Wattson: Recovered And Searching For His Forever Family

Wattson, a courageous 2 year old feline, was rescued from an electrical pole by the Rapid City Fire Department in November last year.  This is his story…

Wattson was brought to the Humane Society of the Black Hills after his lucky rescue for immediate examination and treatment.  At his arrival, it was apparent Wattson had suffered extensive injuries from what was assumed to be electrocution during his accident.  It was quickly determined after a visit to a veterinarian that Wattson required a tail amputation and sutures in surrounding areas.

Wattson’s vital procedure was estimated to cost about $500.   The Humane Society of the Black Hills called on its incredible community of supporters to help raise awareness and funds for Wattson’s surgery, and in less than 48 hours, many generous donors, volunteers, fosters, and other supporters gifted our shelter with the amount to cover his surgery and more.

Wattson handled his procedure like a true champ.  Post-operation, he began his stay with a veteran Humane Society foster.  In weeks following, Wattson received medication and antiobiotics for healing accompanied by regular checkups to the veterinarian and the Humane Society.  For months, Wattson’s foster parent has watched him closely to ensure he was healing while, at the same time, giving him the unconditional love he deserves.  Wattson learned all about being a house cat during his stay; they quickly discovered he loves playing with or chasing toys and noticed his instinctive “hunting” skills were not at all affected by his injury.  Wattson’s foster parent has allowed him to feel like a normal cat (he even made friends with the other cats and dogs in the home!).

It was the dedication of Wattson’s foster parent and his determination to live his remaining eight lives that we are certain helped him on his road to recovery.  Despite what Wattson has been through, his love for others has never faltered.  This brave boy has come a long way since we first met him in November, and he is now ready to move on from foster care and find his forever family.  He will be living with some complications from his accident for the rest of his life and will require a very special, patient home.  For questions about Wattson and what he needs in the future, call the Humane Society of the Black Hills at (605) 394-4170.  Let’s give this courageous feline the happiest of endings to this journey and a great start to his next. 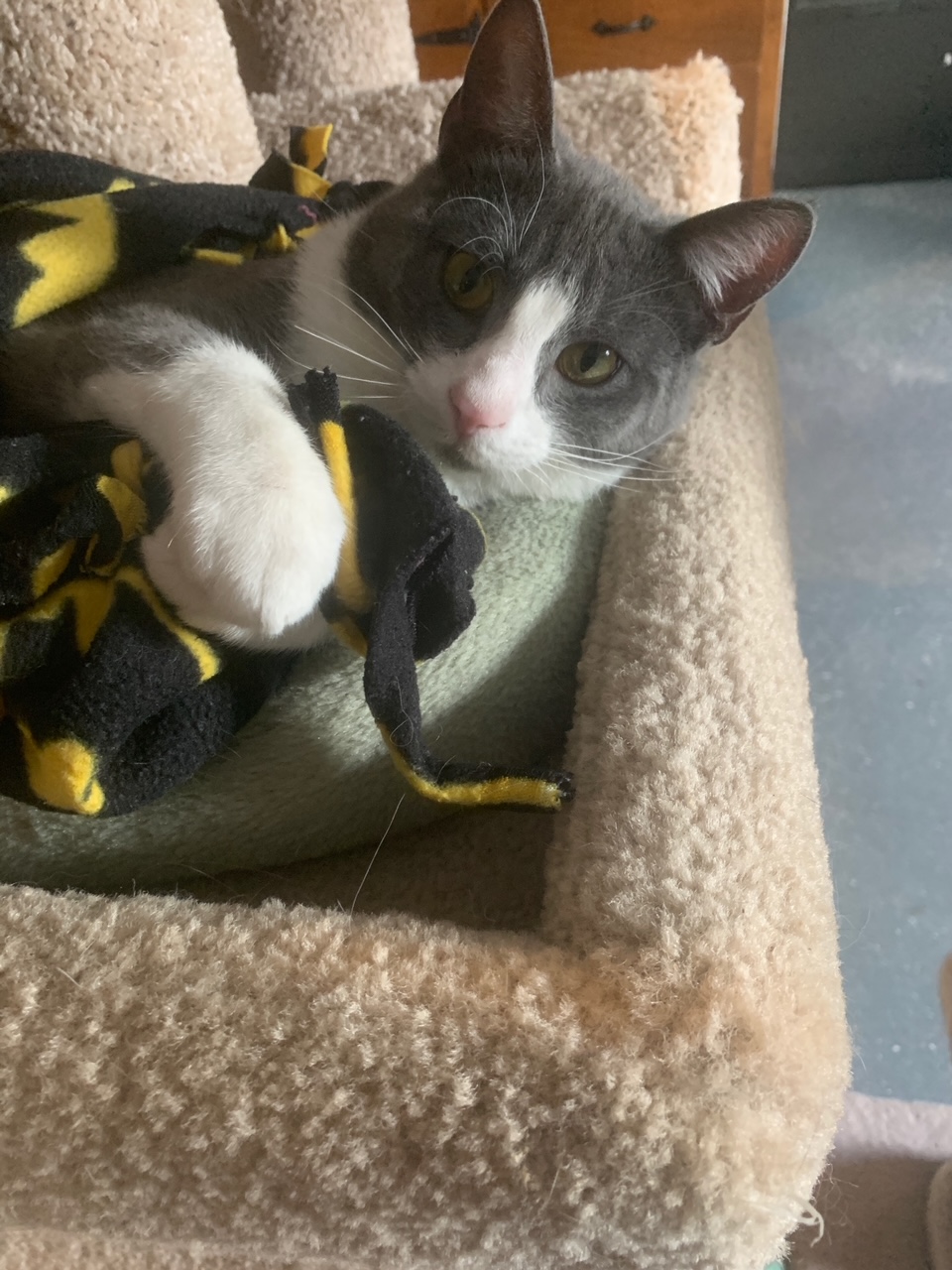 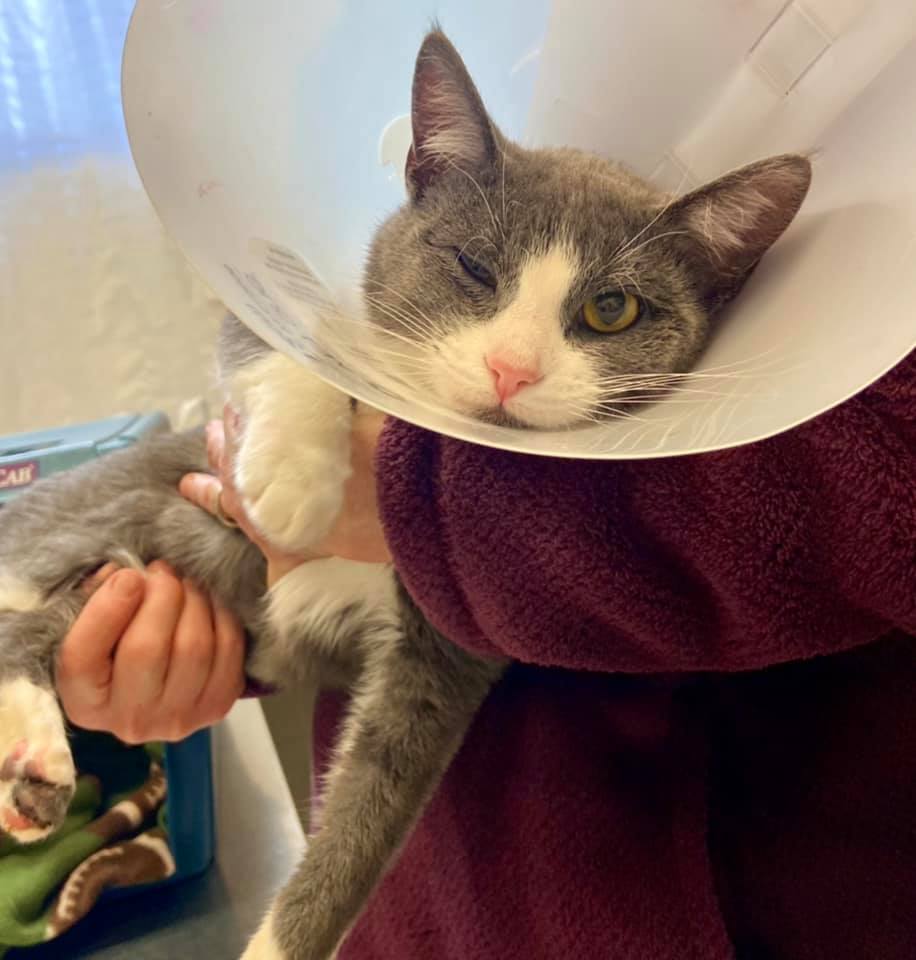 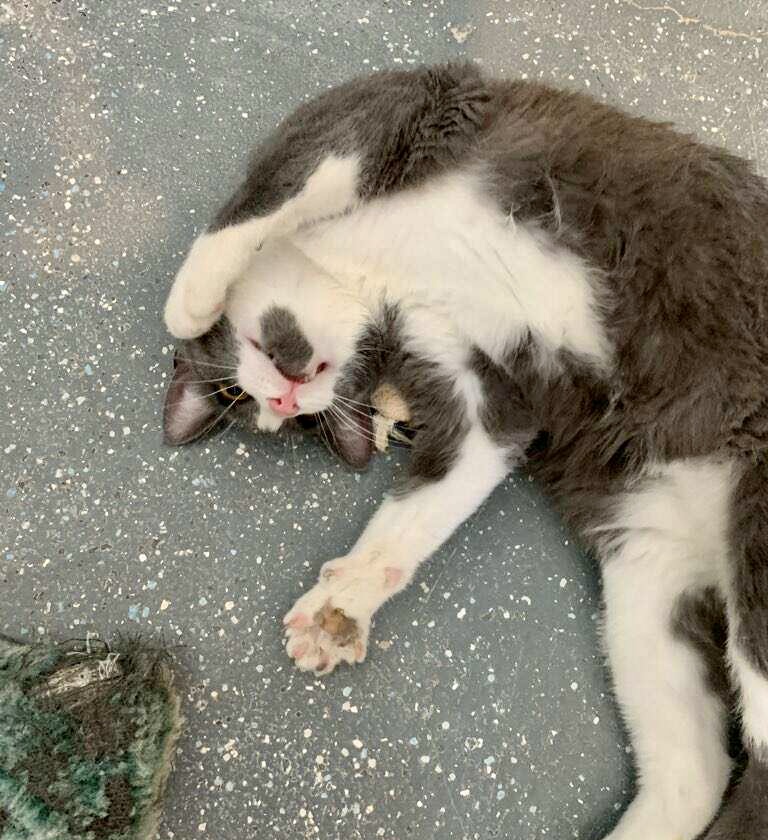 At-Home Activities for your Pet!